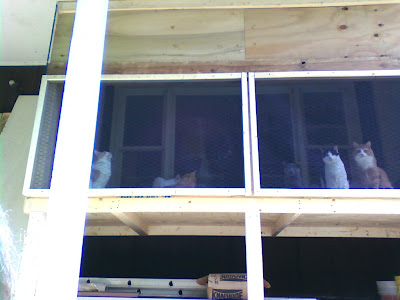 I am opening this page for Don's diabetic cats. Don started with one, his own, Chubby, and has since added five diabetics to his gang--Camille, Currier, Gus, Toby, and Tommy. Each of the DCIN cats has its own page here on the DCIN blog, linked through their names.

Chubby went "off the juice" (OTJ--into remission from diabetes) about two months after he was diagnosed. It was during that time, when Chubby was experiencing hypoglycemic episodes on Lantus that Don found the FDMB and began to understand the importance of home testing and wet, low-carb cat food. It was also during that time that Don stepped up to adopt Gus. Gus went OTJ without any insulin shots from Don.

In November 2010, Don adopted Camille, a darling girl that went diabetic on the dry food diet she received at the shelter. The diagnosis meant that Camille would be euthanized. Don immediately adopted Camille and she went OTJ within a couple of weeks.

Given Don's track record for "breaking" diabetic cats, he decided to make the next adoption a double. Toby and Tommy came to Don in December, 2010, from shelters in Baltimore. They remain on low doses of Lantus insulin.

Don sent me some recent photos of his gang. Some of them are below. He also maintains an album of his many little buddies here. 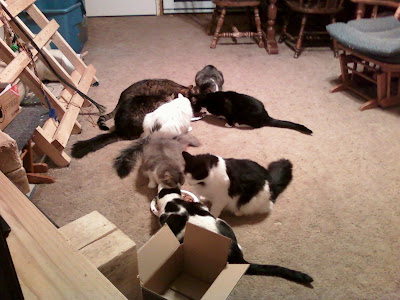 Part of the gang eating 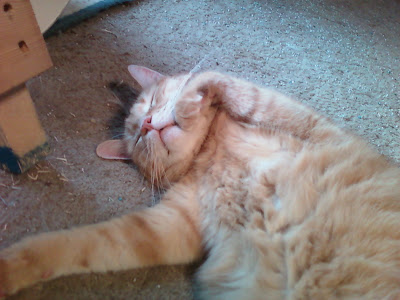 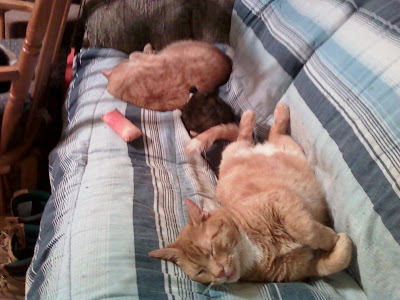 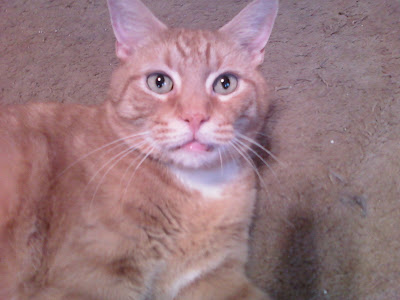 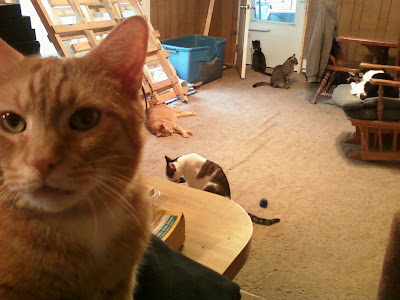 Thomas waiting for his post-breakfast snack 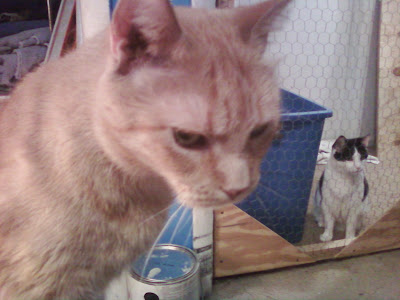 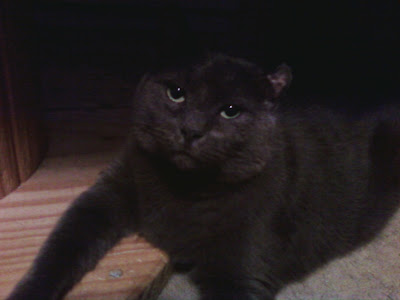 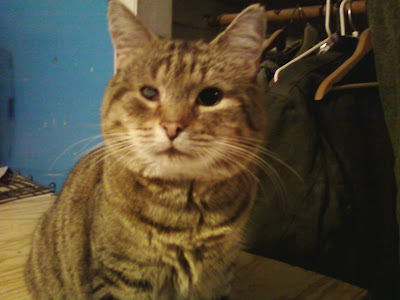 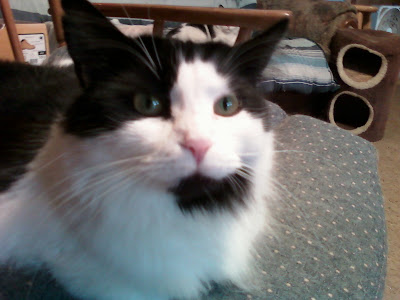 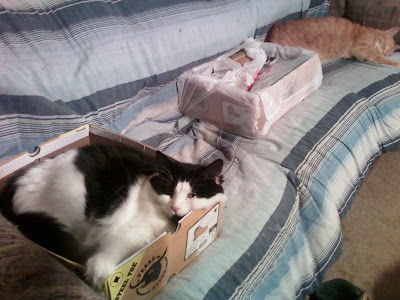 Camille and Toby
Posted by Venita at 6:37 AM

They look so happy and healthy! Thank you Don!