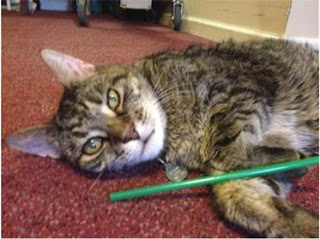 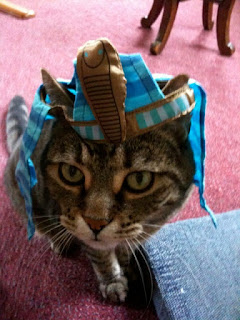 May 20, 2013-- Tabby had a "meet and greet" yesterday with his potential new family. They spent an hour with him and fell in love. Tabby will be moving to his new home later this week!

May 7, 2013--"Things are moving a bit faster than we expected.  Tabby’s late owners’ belongings are being removed from her apartment at assisted living later this week.

Tabby will be relocated into Sally’s former home, which is sparse and currently for sale, but he’ll continue to be alone."


May 5, 2013-- Tabby's owner passed away 10 days ago leaving no provisions for her 2 cats. Her one cat was easily re-homed but because Tabby is diabetic it's harder to find him a new home. Currently he is living alone in the apartment he has lived in his whole life but his time is running out. Someone is going  in to feed him and give him insulin but that person can not keep him.   He was diagnosed about a year ago and was prescribed DM dry food. He was just taken to another vet this week who started him on Lantus and both wet/dry prescription food.  Several  resources have been used in an attempt to find him a new home but so far no one has offered to take him."He’s about the most laid back cat I’ve ever known.  He’ll drape across your shoulder when you pick him up.  Easy-going, never ruffled, generally he lays around the middle of the floor so you have to step around him, he likes to be around people but doesn’t vie for attention.  His vet visits are uneventful."
Posted by Jennifer F Alvarez at 10:09 PM