December 23, 2015 -- It was with overwhelming sadness that Bear's forever Mom had to let him go to the vastness. He was too sick with cascade organ failure: besides the metabolic problems with Diabetic Ketoacidosis he had an enlarged heart, difficulty breathing, and liver infection/inflammation. Fly free, our dear BearBear. Your Mom loves you so much, and so do many many others. Your joy will stay in our hearts for a very long time. We chose tears.

August 17, 2014---It seems Bear's blog page needs an update!  In about 10 days, Bear (or BearBear as he is affectionately called)  will have been in his Forever Home for one whole year! His foster Dad brought him on the plane to his new Mom last year. He is the most adorable, and good cat ever.  Bear is so even tempered. He does get a little naughty when he wants to play, and he does love playing!! He chomps on arms in a little love nippy way, but he has almost no teeth left.

Bear wakes his mom up by chewing on her hair, and sleeps between her legs sometimes.  He allows cuddling up to a point, and then walks away like "aww mom" and lays down just out of arm's reach. He recently got an adopted sister, Sarjenka.  He has handled her torti-ness with grace and is unfazed by her, which is helping her adjust.  BearBear is truly a marvelous cat! 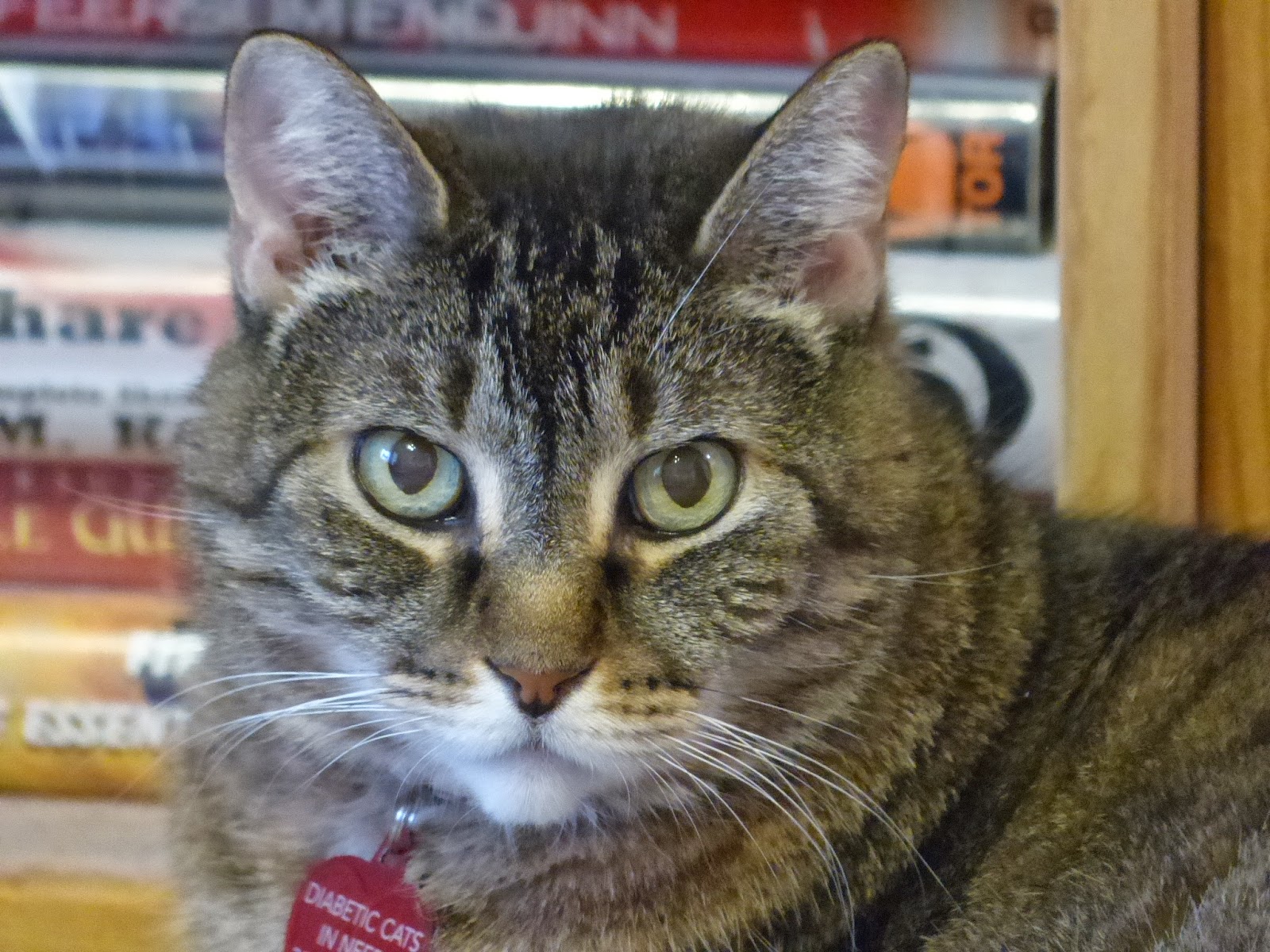 Bear, a brown tabby, is seven years old now and lives in DCIN foster care in a multi-cat, multi-kid household in Northern coastal NJ. Bear has been in DCIN foster care for about 18 months. Bear's original family didn't want him because he was diabetic and they got new kittens and the kittens were more fun. But the family's young daughter also is diabetic and we doubt they planned to give her "a good death" as they did with Bear.

Following is a gallery of new photos of Mr. Bear that we will grow as the month progresses. 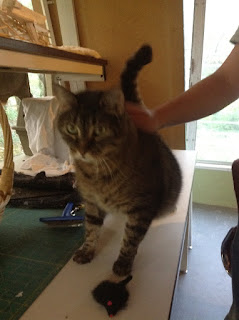 October 16, 2012--It's true, Bear is a family cat; he really likes the kids at his new foster home. He's a bit confused about his situation, so he meows during the night once or twice. His insulin dose has been cut one-third and this morning BG was 196! During a curve yesterday, his BGs ranged between 200-315. Bear's foster Mom has also cut his late-night night snack in half, hoping that if he loses a pound or so he will get better BG numbers.


Please consider bringing this little man into your home and heart. If you can't adopt, please consider sponsoring him. DCIN has spent money on vetting and his foster care for which we haven't received donations. 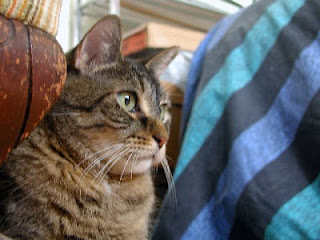 October 15, 2012--Almost nine months ago, Bear came into DCIN care, staying in another rescue's foster home in northern VA. Yesterday, he moved to a DCIN foster home in NJ. DCIN moved him so that Soldier can go into the VA foster home, as that rescue's kitty.

We hear that Bear is a quirky young man and hope to hear more from his new foster family. We have taken him off 911 status to give him some time to get acclimated to his move.


September 10, 2012--Bear continues to be in good spirits and is able to get out of his cage most days. When he gets "out" time, he loves to follow his foster Mon around the house, and especially likes the treats he gets when she makes up the raw food. His BG levels are still higher than we would like (mid 200s to mid 300s), but an adoptive home with more time to devote to Bear's diabetes treatment likely could change that.

DCIN and Bear's foster Mom have changed him to Levemir insulin from Lantus. This has really improved the "whole cat." Bear is no longer eating like he is starving. He no longer has "grumpy" periods during the day. He is getting along with other kitties in this rescue foster home. And he is starting to truly enjoy his time on the screened porch.

Please consider bringing this little man into your home and heart. If you can't adopt, please consider sponsoring him. DCIN has spent money on vetting and his foster care for which we haven't received donations. 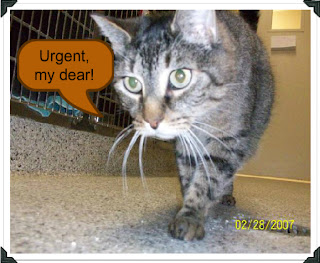 March 27, 2012--Bear's foster Mom says he is a really nice boy. He is fine with the other cats there; exists with them but doesn't play with them. He plays with the Mom with pole toys. On occasion Bear finds and eat the other cats' dry food. Bear is getting used to getting onto the couch and bed. He seems to have been raised as a floor cat. He is looking great; his fur is "silking" up and he likes to be brushed when he eats.He takes BG testing well and likes the post-testing chicken treats.

Bear's numbers are better this week, mostly are staying in the lower 300s and bouncing around in the 200s. He has been in great spirits and is calm and vocal. Sometimes all he wants is for me to come in and pet and play with him.

Bear's foster Mom is doing a great job taking care of him!!

We have had no adoption offers on this dear boy. Please consider giving this dear grey tabby his own home. He's been in foster care for over a month.

Bear was diagnosed with diabetes in August 2011 when he was taken to the vet for inappropriate urination, weight lose, reduced appetite, and sudden aggression toward the new kittens. At diagnosis, Bear had ketones in his urine, and was sent to a local Emergency Hospital for treatment. We don't have the records from that ER visit, but he was only there two nights (which seems to be too short a visit for DKA, so it is likely the ketonic condition was caught early, before Bear went acidotic).

After a few weeks of a proper diet and insulin management, we will send him to a vet for a thorough work up.

January 14, 2012~Meet Bear. Bear is a very handsome 6 year old, neutered Tabby with a heart of gold. He is very sweet and gentle and needs a furrever home.

His current owners can no longer keep him due to a new home with an open floor plan. (Bear has been picking on the new kittens and cannot be segregated.) He is currently on 4.5 units twice a day of ProZinc and eats dry food. He is current on all of vaccinations.

A very caring worker at a vet's office is looking out for Bear and trying to find him a new home. He can only stay in boarding for a short time as the expense associated with this would be tremendous.

Do you have room in your home or heart for Bear? He is looking for a foster or a furever home. For more information please contact his Case Manager Venita@dcin.info
Posted by KittyPaws at 7:43 PM