Connor in Home with his New Family! 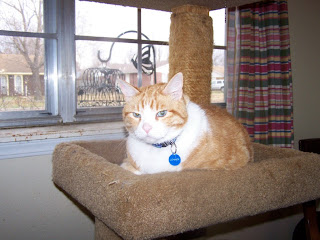 January 22, 2012~ Connor is home with his new family and what an amazing family he has. His new mom has been showering him with love and learning all about Connor's lovely habits. Apparently he likes to share pillows and knead your windpipe :) He will be relaxing in his own room for a little while before meeting the rest of his new ginger family. I cannot wait to see all of the ginger cats lined up and hear how Connor gets along with his new girlfriend:) Welcome Connor you sweet boy!!! ~Céline

January 10, 2012--We are so happy to announce that Connor has not required any insulin since he has been with his foster mom! He has been off the juice! This is great news and it looks like DCIN will be shipping another `broken`cat (ie broken meaning he was suppose to be diabetic but is not) Connor is having a little bit of a tough time though. He has now missed 2 flights home because he is not feeling well. The last video sent in showed Connor sniffling his way through a bad cold. Poor baby. His new family is patiently awaiting his arrival and in the meantime he is enjoying his time with his amazing foster mom. Get better soon sweet Connor

December 21, 2011--Connor moved this past Sunday to a nearby foster home. This most handsome blue-eyed, orinch boy has a furever home with five other gingers waiting for him in Maryland. DCIN will be transporting him by Continental Cargo after Christmas, once air travel is a little less hectic. DCIN is collecting Chip-in donations to help with Connor's foster care and his flight to his new home. For more information about Connor, please email Céline at celine@dcin.info

December 12, 2011--Connor has 7 days to find a new home or else he will be euthanized or brought to a shelter which will result in the same end. 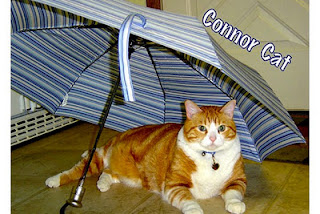 This beautiful orange boy is 11 years old, neutered and weighs around 20 pounds. He has been a diabetic for 2.5 years and is currently on 4 units of ProZinc twice a day. He is currently not being hometested. Connor is now showing inappropriate urination but I believe this to be because of his situation. Connors new owners are moving out of state in 10 days. If he does not find a new home by December 20th he will be put to sleep. He is currently showing aggression towards the family members. Again I believe this has to do with his diabetes and once on a proper diet, hometested and a correct dosing of insulin his behavior will change. 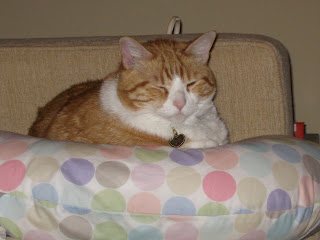 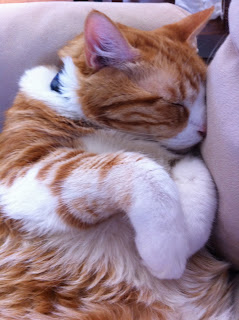 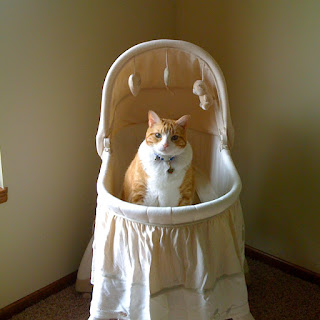 Connor loves to snuggle and to be the center of attention. 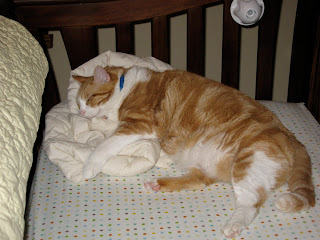 Please spread the word and help us get Connor into a loving home where he can get the attention that he deserves and needs.
Posted by KittyPaws at 12:19 PM

If someone can figure out a way to get him to CT or mostly here I am offering a forever home. cafilecco@gmail.com