December 4, 2012:    OTJ!!!!!!!!  Picasso is off insulin and even better he has found a furrever home.  DCIN is thrilled to have been a part of this and we look forward to hearing wonderful stories of Picasso over the years.

June 2, 2012:  This sweet FIV+ kitty would be a wonderful companion for anyone.  Here's the write up we received from the rescue group: 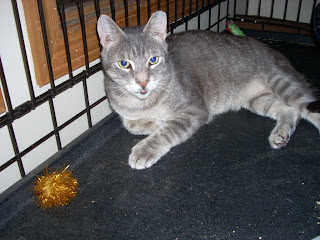 Picasso is an eight year old, male, neutered, light grey, short-haired tiger cat. His body is slender and he is of medium size. Everyone at the adoption center just loves Picasso! I fostered Picasso for several months and his personality is awesome! He absolutely loves to nudge up against you when he wants to be petted. Once you start petting him, he just keeps giving head-butts to get more attention. He is very docile and I had no problem at all giving him his insulin injections. (Currently, he gets 3 units of Pro-Zinc twice daily.) He would cuddle up against my feet when I was lounging on the couch watching television. Picasso gets along great with other cats and is also fine with cat friendly dogs. Picasso’s face reminds me of a wise man. His triangular shaped face made me think that he might have some Siamese/Oriental breed in him. I always thought he would make a great character in The Lion King! When it comes to feeding time Picasso would meow and meow until I gave him his food. Sometimes, he would try to take the can out of my hand! Picasso is a true love bug and will steal your heart away!

Please email Jennifer@dcin.info if you are interested in helping this little one. 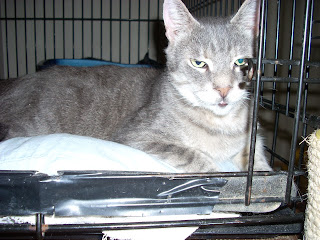 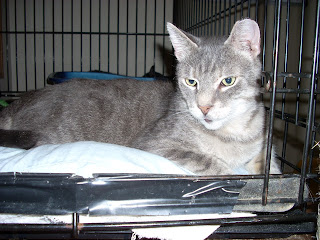 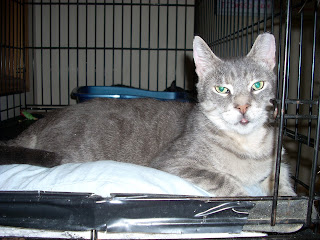