June 24, 2012--DCIN and Jaspar's foster Dad agreed to tell this little lion that there is no more traveling in his future. Jaspar has already been home since February. ~V 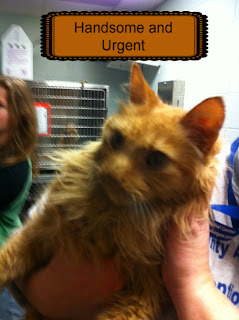 
Jasper is doing fine. He has finished all his medicine that came with him. He is still skinny though, I guess in time he will fill out again. Jasper has been holding at 1 unit with occasional 1.25 unit. His numbers range from 79 to 189. He is coming into regulation but not there yet. When he starts cycling and comes back within 20 or 30 points I will be happy. One thing that keeps him a little high is because I give him what he can fill up on and a bit more. I want some meat on this young man. I shaved his chest where he had the matted hair, there are still a couple small spots left that I will get this weekend.

No new photos. Phone on the blitz and no camera. Jasper has made the large dog carrier on the table his headquarters since other kitties who have occupied the carrier are either on the couch or on the counter. When he gets tired of the kittens running around he jumps up there. He likes his pets and can really get his motor running. Tell Rachel thank you for making my time with Jasper much easier. If she had not started him on the road to recovery it certainly would have been harder getting him where he is now.

Jaspar is getting healthier with every passing day. Do you have a sweet spot in your home and heart for this little lion?

January 23, 2012:  Jaspar continues to improve. Fur is still matted and he may head to a groomer.  Here are some wonderful photos of this little man.  He needs a home quickly, before February.  He is very friendly and outgoing.  The vet and clinic staff loved him when they met him.  He is curious and wants to meet others.  He is very sweet and gentle says his foster mom.

Currently on Lantus, 1/2 Unit twice per day.  He's eating well, receiving fluids as he is dehydrated. Foster has been unable to test his blood sugar because of the dehydration it's hard to get blood for the meter.  He is taking a compounded multivitamin with iron as he's currently anemic.  As you can see from the photos his previous home didn't take good care of him. 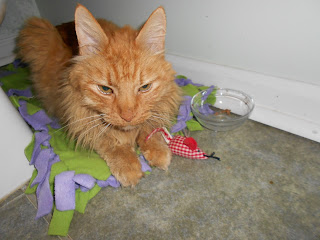 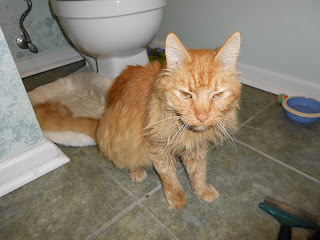 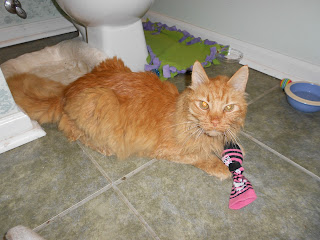 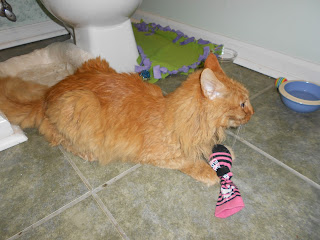 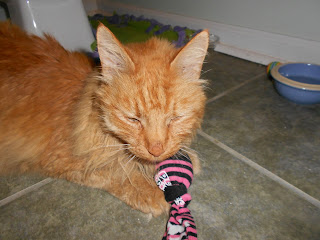 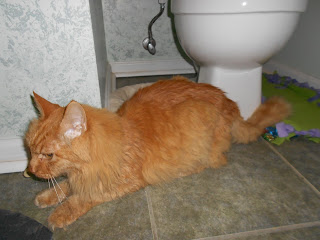 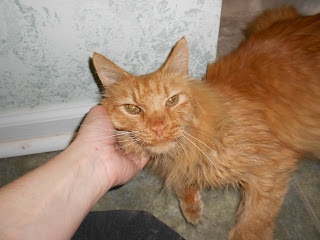 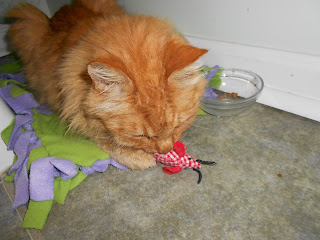 January 18, 2012:  DCIN recieved notice about Jaspar, a handsome young man at the Wake County Animal Shelter in Raleigh.  We had a small amount of time to be able to pull him and get him out safely. The wonderful folks at Wake County are amazing and wanted this little man saved and we thank them for everything they did to help.  A foster for Wake County who also had fostered Sweet Potato before he came north is going to foster Jasper for us but only for a very short time. 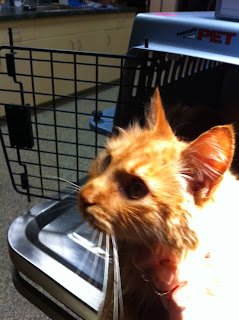 He needs a home by February 6th or earlier.  There is no way he can stay longer at this foster and we thank her for opening up her home now when she is trying to limit intakes.

A friend of DCIN picked him up yesterday and brought him to her vet where he stayed overnight and received fluids and had blood work done.  She is now taking him back to Wake County for fostering.   As handsome as he is now, can you imagine when we get more still photos, he's going to be a heart breaker. 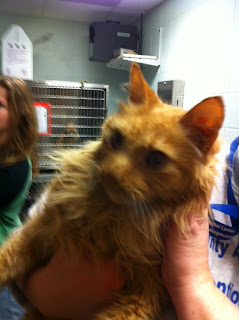 What a beautiful kitty!!!

Congratulations to Jaspar and his family!