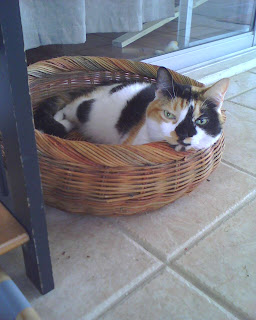 July 15, 2012--Motska ended her Earthly journey on July 14, 2012. She had end-stage kidney disease. This lovely girl, always the bright light in her Mom's day, now sends her Mom whisker kisses from the Rainbow Bridge. ~Venita 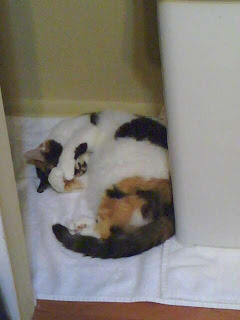 June 24, 2012--Motska continues to do well for a 17-year old insulin-dependent diabetic. And she decided to pose pretty when her Mom got the camera out last weekend.


Motska is doing well -- she's sleeping on the bed behind me. I was a little concerned about her after the first of the year. I had been feeding her Friskies Special Diet Turkey and Giblets for several months, but recently she seemed to be losing her appetite a little bit. That made it difficult to know how much ProZinc to give her, because I never knew how much she was going to eat that day and I didn't want her to hypo while I was at work. I looked around on the FDMB for ideas and began sprinkling "chicken dust" on her food -- she devoured it! Then I experimented with a few different flavors, and came to the realization that she must just be bored with the Turkey and Giblets -- she eats everything else just fine!!! And we haven't had problems since.


She's still on .2u of ProZinc BID and her pre-shot numbers have been in the high 100's to low 200's. I'm hoping to do a curve on her on Sunday. She has her annual check-up appointment [soon].

October 8, 2011--Motska is the newest member of DCIN's financial assistance program. DCIN will be helping with insulin and testing supplies. 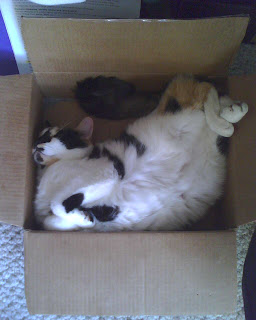 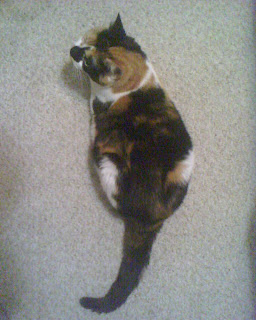