The Trials and Triumphs of Saving Extra-Sweet Kitties 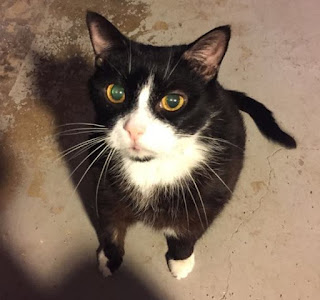 I am writing this mostly for my non-rescue friends, to essentially beg them to consider making a tax-deductible donation to Diabetic Cats In Need. Here's the link, and my story follows. https://www.youcaring.com/dcin-634283

Doing rescue is hard under any circumstances. For those of you who don't rescue, it's really difficult to describe how hard it is. In the overwhelming vast majority of cases, you are working against the clock. And when time's up, the cat dies. Dead. No do-overs. That life is gone. So the first thing I want my non-rescue friends to understand is the enormous amount of stress involved in rescue.

Now - take the date-with-death cat in question and make her older (even harder) and give her a special medical need (harder still). this brings us to today's story, which is about Mittie (pictured).

Because I'm known to do senior and special needs rescue, I immediately get the plea when an older diabetic cat turns up at a public shelter. The first thing you need to know is that from the moment that plea goes out to the rescue community, that cat typically has 48-72 hours to get out of the shelter. Not a lot of time. So the clock is ticking, and there's a short time horizon. That's how it was for Mittie. She was surrendered to the shelter for peeing outside of the box (common with untreated diabetics, but yet another strike against finding rescue). She was diagnosed as diabetic on urinalysis at the shelter. And she was 12 years old at the time of surrender. Strike, strike, strike.

There are a few things that are needed in short order to get a cat like Mittie rescued:

And remember - all of this has to happen in a short time window.

In Mittie's case, she was blessed with #1 and #4 within 24 hours of the plea going out. Kris Northrup, despite having no diabetic experience, agreed to foster her provided she had rescue under her and could be trained to test her and care for her. I committed to the training and supplies needed to care for a diabetic cat, and went over to Kris' and brought her what she needed and showed her what she needed to do two days after Mittie was rescued. Cathy Woods had already stepped up to adopt Mittie (she is out of state, FYI). So our immediate concern was #2 and #3, all while #5 needed to be assembled and addressed.

That's where Diabetic Cats in Need (DCIN) came in. Knowing that we had both a foster and an adopter (and that transport could be worked out one way or another), I messaged Jenna Marie Watts and Amy Sikes of DCIN and asked if they could be the sponsoring rescue and commit to Mittie's veterinary needs until she could be transported to the adopter. Without hesitation, Jenna agreed.

Now let me digress here for a moment. When DCIN committed to Mittie, they did so sight unseen. Remember - Mittie is a senior with an unknown health status who showed glucose in her urine. The point here is that most of these shelter diabetics come in without having received proper or appropriate veterinary care for a lengthy period of time. Committing to their veterinary needs financially is a total leap of faith, and one that can get expensive. Yet DCIN didn't hesitate. They knew Mittie's time was short and we had to get her out of the shelter ASAP.

And so, Kris picked her up and I taught her how to test blood glucose. Mittie's blood sugar has been mildly elevated but not at the level where she needs insulin, though we were ready for that - DCIN provides not only veterinary care but also test kits and supplies and insulin, which is wildly expensive. DCIN also provided the funding for Mittie's vet visits once she was out of the shelter. Luckily, Mittie hasn't needed a lot of additional veterinary attention, but that is not always the case.

So on the list, we had items 1-4. Let's talk about #5, transport. In many cases, adopters are WAY out of the area the cat is in. In one example, a different diabetic (from the same shelter) had an adopter all the way in Denver CO. Awesome, right? Only the cat was in Northern Virginia. DCIN picked up the bill to fly that particular cat nonstop to Denver. In cases where ground transport is feasible, DCIN's transport folks will coordinate and monitor ground transportation to get a cat to his or her forever home.

In Mittie's case, we got lucky *again*. My friend Linda Cork - who had fostered Jules, the aforementioned kitty with a forever home in Denver - contacted me and told me she needed a vacation. Since Mittie needed to get up into the northeast to an area Linda loves, she volunteered to take Mittie along the whole way.

Mittie started her journey to her forever loving home this morning at about 9:45am.

So the reason for this lengthy explanation - which really is the anatomy of a special needs rescue - is to make the case for *why* DCIN is deserving of you making a donation. Sight unseen, they committed to Mittie's financial needs. All of them. Hundreds of dollars worth (sometimes thousands if the kitty is in bad shape). There would have been no way to pull Mittie - even though she had a local foster and a forever home lined up - without that crucial piece. DCIN would have further paid to fly Mittie to her forever home if we hadn't been lucky enough to have a single ground transporter who decided to take a vacation close to Mittie's adoptive forever home.

DCIN can't do this without financial support. They can't. Without donations, there's going to come a time when - being responsible - they are going to have to say "no". Look at Mittie's sweet face in the pictures. Imagine that we hadn't had what we needed to break her out. She would have been dead over two weeks ago. She was so worth the effort - but if DCIN can't provide financial commitment because they don't have the donations needed, other equally deserving cats aren't going to have the chance that Mittie did.

So please. It's tax deductible. It's a great cause. You can *SEE* for yourselves below the result. If you can, please donate so that DCIN can continue to save these special lives: https://www.youcaring.com/dcin-634283. 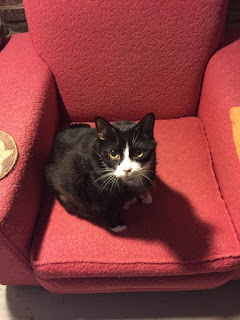 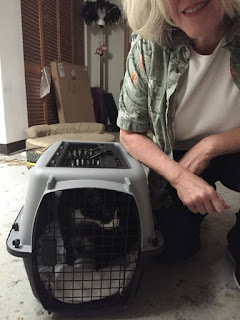 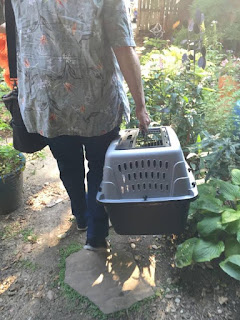 Editor's note: This was originally posted on Rena's Facebook page.  She graciously gave me permission to use it as a guest post here. ~Amy
Posted by Amy Sikes at 8:23 PM

Well, thank goodness I was lucid when I wrote this. :) Thanks Amy! Mittie is doing great in her new home, by the way.

As a sign of gratitude for how my husband was saved from diabetes , i decided to reach out to those still suffering from this.
My husband was diagnosed of diabetes and it was really tough and heartbreaking for me because he was my all and the symptoms were terrible, he had difficulty eating, and he always complain of stomach pain and he always Urinat often . we tried various therapies prescribed by our neurologist but none could cure him. I searched for a cure and i saw a testimony by someone who was cured and so many other with similar body problem, and he left the contact of the doctor who had the cure to diabetes . I never imagine diabetes has a cure not until i contacted him and he assured me my husband will be fine. I got the herbal medication he recommended and my husband used it and in one months he was fully okay even up till this moment he is so full of life. diabetes has a cure and it is a herbal cure contact the doctor for more info on drwilliams098765@gmail.com on how to get the medication. Thanks for reading my testimony


Nicely researched and presented. Thanks for delivering genuine information
hello~~I was surprised to see your writing. This is a really useful resource~
I would like to see these materials often~
I will come here often. Thank you!!

Great post.I'm glad to see people are still interested of Article.Thank you for an interesting read........