March 29, 2014--Jack getting ready to soak up the Springtime sunshine. It was a long winter and he's got a great window seat to enjoy the warm, sunny days! 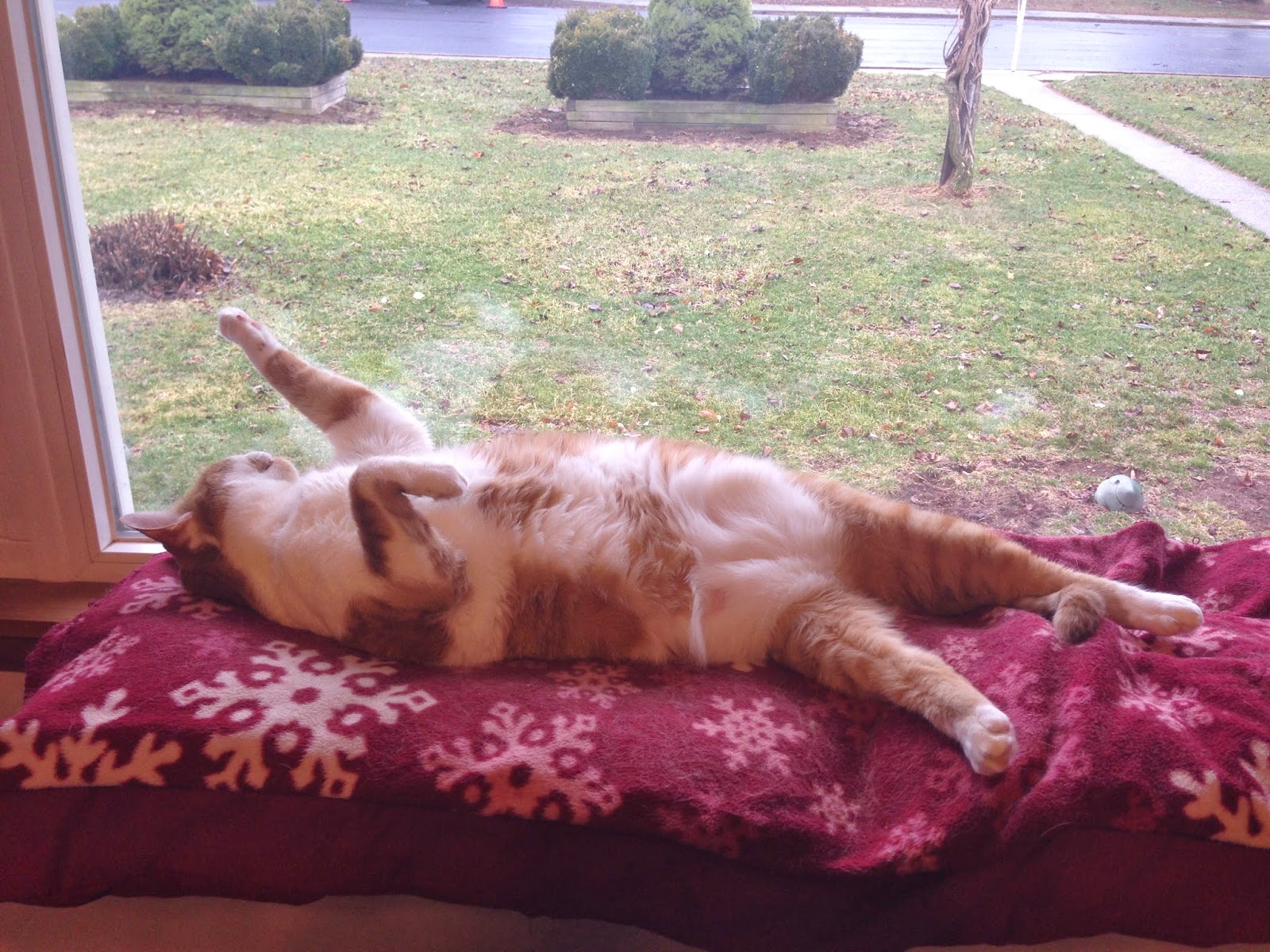 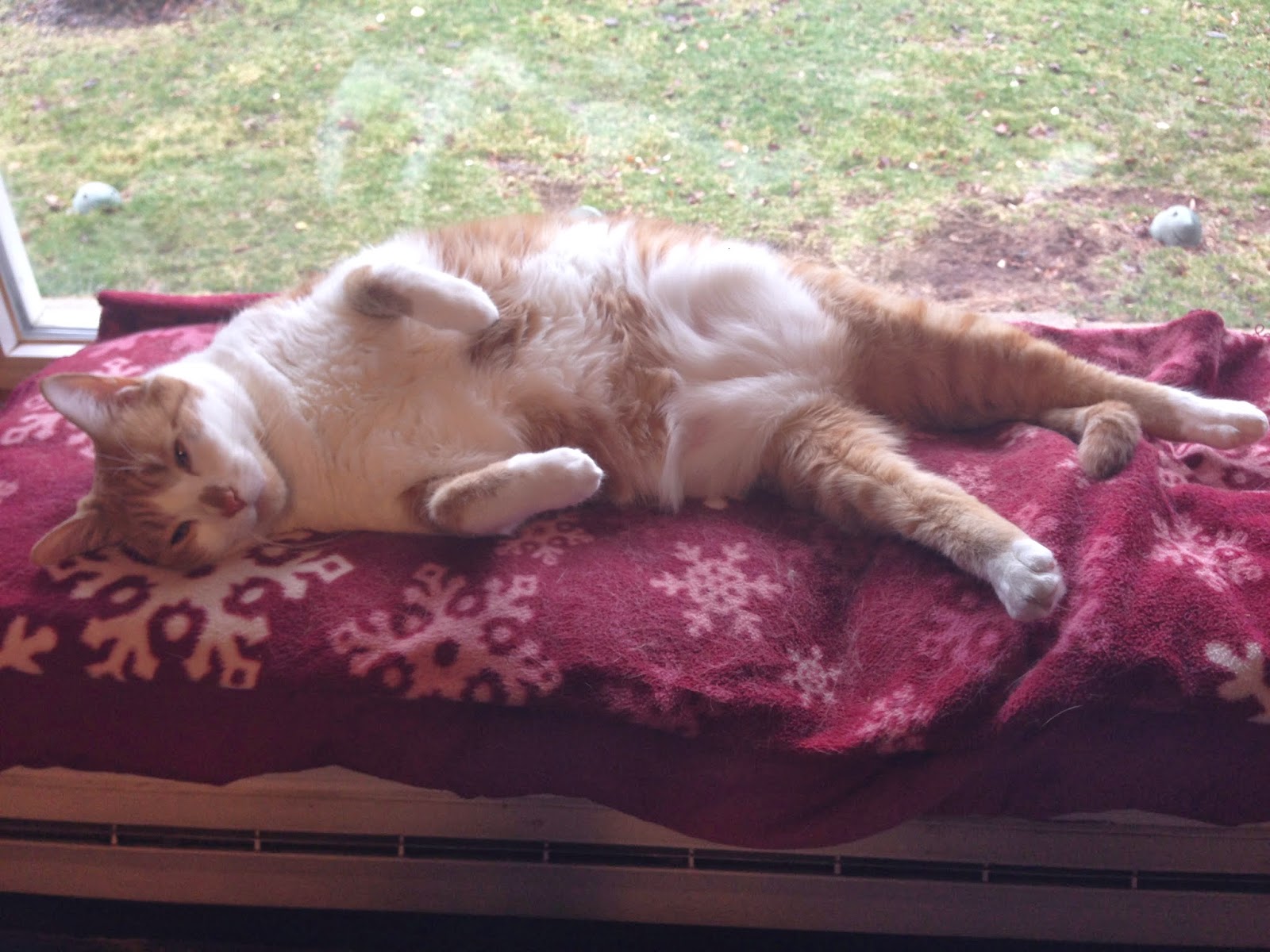 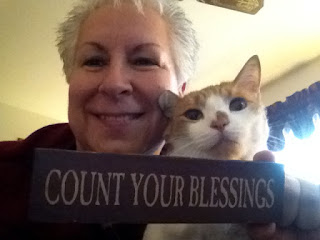 April 1, 2013---It's official-Jack found his new home! "Jack is extremely loved! I cannot believe how lucky I was to cross paths with him:) he is amazing!"

February 11, 2013--Jack has moved to another foster home, one that will adopt him if things work out. This one still has dogs for him to play with but they are more loving and less harassing than the dogs he was formerly with. They also are smaller than him, all eight being Doxies.

Jack has his own room and already knows it! He has access to other areas of the house but is able to jump over the baby gate when he's ready to return to his room. He's been using his litter box and playing with his toys. He is a big boy, very loving and social.

January 8, 2013--Update from Jack's foster mom...Her dogs are still harassing Jack on occasion but luckily he still has no clinical signs of diabetes. He is using his litter box appropriately. He still is not being home tested. Jack needs to find a home soon. His foster mom has to re-home all of her cats for personal reasons.

December 26, 2012--A few weeks ago I had the chance to meet with Jack and his foster Mom. What a dear boy he is. He's big (but not fat) and very playful. He wasn't at all shy with me. He's a well-adjusted cat that does well with dogs (even big dogs if the dogs like cats) and with other cats. (But he can't hang out with the other cats at his foster home because his foster Mom runs a private foster home for FIV and FeLV positive cats.)

This is a video I made of the photos and film I took of Jack. I think you will be able to tell just how personable he is. If you love Orinch boys, Jack is definitely one to consider. 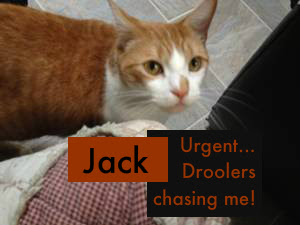 November 7, 2012--Jack is currently in a private foster home that is not the most comfortable place for him. Although Jack LOVES dogs, the dogs in this home don't particularly like him and chase him. Jack spends the majority of his day up high away from the dogs.

Jack is on 4u of Lantus twice a day. He's already accustomed to eating Friskies pate only. He is neutered, declawed, microchipped and up to date with vaccines. He comes with a few months' supply of insulin and about a year's worth of syringes.

Jack loves everyone and is such a sweetheart. You just have to make sure his litter box is always clean and has no lid on it! Contact JennF@dcin.info if you can give Jack a furever home.