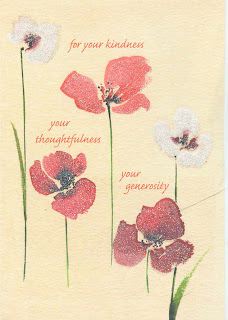 Thanks to Ahi's FDMB family - Ahi's Service Hello my beloved friends. When Ahi was laid to rest on Saturday, there was a bright orange FDMB bracelet sent by Cheryl and Winnie that was placed in his casket with him; beautiful flowers from our thoughtful Hope (Hope&Baby, who also was so wonderful and sent flowers in remembrance of Toonces as well, who is buried in the same pet cemetery), our friend Larry (Larry and Kitties) who came with his absolutely dear, sweet, wonderful dog (Raggy?) who kept giving me nurturing hugs of concern when I was weeping . . . So the FDMB was very much present, and also so many of you who wrote me and were there in spirit, thinking of Ahi and sending him off with your love. I also put in Ahi's casket a flower from Hope's arrangement, the toy (the one he was playing with in the video) that he liked, some of my hair and his "little brother" Quixote's hair and whisker . . . a note to him, and two poems/prose, one which I found, and one which I wrote for him that morning. Of course he is going into the cemetery as "Ahi Olsen" so I wrote him this poem that I read to him: I Give you My Name I give you my name In death You are not some “unowned” cat Someone’s throw away I give you my name I lay you in a place of honor With the most beloved of my life For in a few short months Your huge spirit earned a place right there I give you my name It is my honor to be associated With the likes of you Funny, smart, determined, loving, resourceful, brave I will never know the stories of your life Save its last chapter Thank you for spending it with me. What a light you were! So many smiles you brought to my face! I am your person, as much as anyone must have been How loved you were! How missed you are! You are written on my heart, forever So I give you my name. The other poem I put in there with him was something I found online: A butterfly lights beside us like a sunbeam And for a brief moment its glory and beauty belong to our world But then it flies again And though we wish it could have stayed... We feel lucky to have seen it. -- Author Unknown I did briefly think about taking pictures, especially of the flowers, but I took pictures at Toonces funeral and I remember that afterwards, they disturbed me, so I didn't. I really miss Ahi. His new little brother/admirer, Quixote, still looks for him. It is very sad. I did take a few flowers from the arrangements you sent, Hope, just three stems I took, the rest were set at the graves. I will try to take a picture of them in the vase before they wilt. It was wonderful because one arrangement had those beautiful orange gerber daisies which matched the orange feline diabetes bracelet Cheryl sent. Thank you guys. Really. I am so very sorry I wasn't able to give Ahi more time. But I am NOT sorry I got to be with him. He was such a joy, a true complete joy to be with. The hardest part about knowing such a great cat is how much you miss them. I won't forget him.

Update 3/3/10--A very sad day. Today we lost Ahi. The loving and lovable Ahi is an angel. A week ago, Ahi was fine. Today, Stefani had to have him euthanized. It was with deep sadness that she made this choice. Thank you Stefani, for giving Ahi a great four months that he otherwise would not have had. And thank you for giving him a family, with cats (some more accepting than others), with which to share his final months. Ahi quickly progressed through blindness into trouble mobilizing to not eating. He saw an opthalmologist yesterday and a neurologist today. The neurologist's best guess is that Ahi had a rapidly progressing pituitary tumor. Stefani made the hardest and kindest decision to end Ahi's confusion and suffering. He passed to the rainbow bridge lying on her chest, on the heart that loved him so. Bless you, Stefani, for taking in the tough ones. I am so very sorry your big heart keeps getting broken. I have lit a candle for the beloved Ahi, finally home at the bridge and sending you in spirit all the love he gave you in body. Ahi's GA post on the FDMB is here. I memorialize here what Sheila said. I wish I had had such profound words.

Today was, unfortunately, already written when you gave him a home, but he could not have found a better place in this world to spend his last months.

AHI BIOPSY RESULTS NEGATIVE!!!!! - Eosinophilic granuloma I am so full of glee right now I don't know what to do!!!! Ahi's biopsy results were to everyone's surprise NEGATIVE for cancer!!!!! The pathologist said: "The histological features are consistent with feline eosinophilic granuloma complex." Ahi is acting fine although his mouth bugs him and I will be looking for some ALTERNATIVE to steroids to treat the eosinophilic granuloma complex. (Steroids are the usual treatment for this) If anyone has suggestions on the feline eosinophlic granuloma complex treatments please let me know. He will start treatment (methimizole) for hyperT this week. Vet said he is "not bad" but it is in the range. I hope he tolerates it (Toonces could not). As his general health status improves these lesions may get better. We will see. HAPPY DANCES FOR EVERYONE!!!!

Ahi Update, Post Vet Visit and a BIG THANK YOU TO ANGELS! Friends, First I must say how deeply grateful I am to all who have contributed to Ahi's fund through FDMB Cats in Need. He went in for his dental and biopsy on Monday, and it was wicked expensive, your generosity was much much much appreciated because it helped SO MUCH. Unfortunately, the vet (Dr. Chu, Blue Cross Animal Hospital, Fairfax VA -- she was recommended by the rescue vet) got a good look at Ahi's mouth. He has two bloody ulcerated masses, not just the one we saw on his tongue but another one on the other side, on the gums. He also has a small lump (no open wound) on the underside of his tongue. She biopsied to the two ulcerated ones. Although we won't know for sure till the results come back, she said that it looks like oral squamous cell carcinoma. As you guys all know that's not good. The good news at least for now is that it does not look like it's metastacized beyond the oral cavity. For now. But since both she and the rescue vet are saying that there is not much we can do if that's what it is (or rather, not much they'd recommend, as excision would be devastating given their location and given the aggressiveness of that type of cancer, would probably put him through a lot for little payoff), I'm guessing it won't stay localized for long, if that's what it is. Also, the SPCA vet thinks that his bloodwork and weight loss together may indicate that he is borderline hyperthyroid. We are waiting till biopsy results come back to decide what to do about all this. Another small piece of good news: Ahi has not needed any insulin since Christmas Day. And he's perky and affectionate as ever. Keep praying or sending thoughts to our Ahi. Also, if you have any ideas on what to do if this IS oral Squamous Cell Carcinoma, please do tell.

Got this email yesterday. The title was URGENT! Diabetic cat @ PGAMG--OUT OF TIME!!

Pls spread the word for AHI who is at Prince Georges Animal Management Group. Please contact Joanna if you can help, 301 780-7218 or email jpfortin@co.pg.md.us (@co.pg.md.us). Transport is available. ID #A324403 This boy is incredible! He is special needs- although blood work still needs to be done, the vet believes that he may have diabetes. He is so worth the effort though! He’s approximately 8 years old (although there is a good chance that he is older), but acts like a kitten. He’s one of the staff favorites here. They named him Ahi since he was trapped using tuna and smelled like it when he came in! He has such personality- when he’s out and about in the cat room he moves from cage to cage swiping his paw inside and trying to grab wet food out!! He will be a WONDERFUL companion for someone and will keep them laughing for sure! He is a silver tuxedo, DMH, very cute.